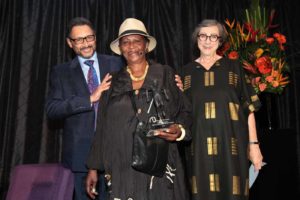 Nomhle Nkonyeni, who stood up against apartheid, using her craft of acting as a tool to speak against the regime passed away at 77 years-old after a prolific 58-year career.

The Arts & Culture Trust joins the Nkonyeni family, members and beneficiaries of the Nomhle Nkonyeni Legacy Foundation and the South African arts and culture fraternity in mourning the passing of actress and educator Nomhle Nkonyeni. Ms. Nkonyeni passed away in the early hours of this morning and leaves an indelible legacy with her work on screen, stage and in developing young thespians.

Born and raised in New Brighton, Port Elizabeth Ms. Nkonyeni began her 58-year career at 19 when she played Antigone in the Greek play of the same name. A major turning point in her career came when she was cast as the lead in the Cape Performing Arts Board (Capab) theatre’s 1981 staging of Die Swerfjare van Poppie Nongena which was based on Elsa Joubert’s novel Poppie Nongena. She appeared in countless roles on stage, in television series and in local and international films since, including most recently on eTV soap opera Scandal! where she played the character Lulama Langa.

During apartheid, Ms. Nkonyeni was known for her work in theatre which was staged in opposition to the regime of the time This type of work is often referred to as protest theatre and is known for portraying the hardships faced by Black South Africans. However, her use of art as a tool for portraying opposition to the country’s leadership had not ended with the advent of democracy.

At the 2019 Arts & Culture Trust (ACT) Awards, where she received the Lifetime Achievement Award in Theatre, Ms. Nkonyeni said “Somebody in 1994 said ‘No more protest theatre.’ I said ‘If the present government treats us like the boers treated us, the fight goes on, the struggle goes on.’” At 77 years-old, she cited divine inspiration to continue her work. “I cannot just shut up and pretend that things are not happening. Utixo mna undiphe amandla (God gave me the power) to talk on stage, to use my art to talk to those who don’t want to listen.”

President Cyril Ramaphosa awarded Ms. Nkonyeni with the Order of Ikhamanga in Silver in July.

The youth with whom she worked at Port Elizabeth’s Nomhle Nkonyeni Legacy Foundation (NNLF) were a source of physical and creative energy for her. “Roping yourself with the youngsters (sic), they do something great for you, they rejuvenate you. You don’t think like a 77 year-old,” she said at the awards ceremony held in February.

Through the NNLF, which she ran from the garage of her home, Ms. Nkonyeni sought to leave a legacy which would outlive her. “To me, leaving a legacy behind is to see a Nomhle Nkonyeni of the future getting these Lifetime Achievement (Awards). God gave me these talents,” she said “not to put it under my armpit but to share it mostly with the youth. I would like to see that. My objective is to develop talent in the Eastern Cape.” 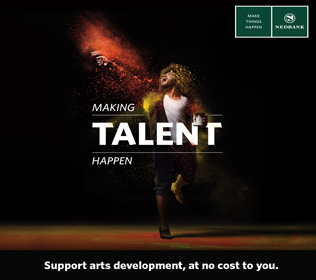 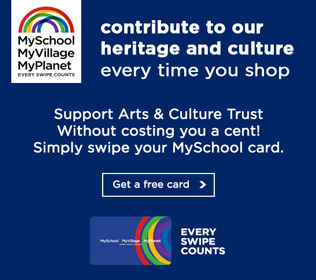